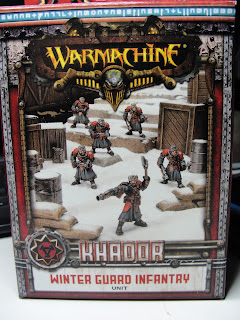 The project was to build and paint these Winter Guard infantry, along with a rocketeer, officer and Standard Bearer. 9 Miniatures in total.


First, base-coating in skull White, all the block colours were added and then washed with black ink and Devlan Mud. 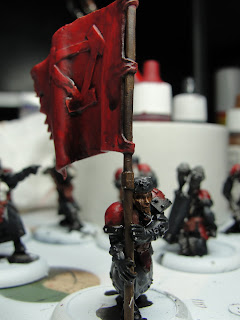 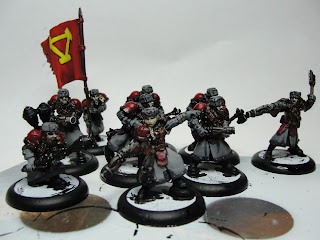 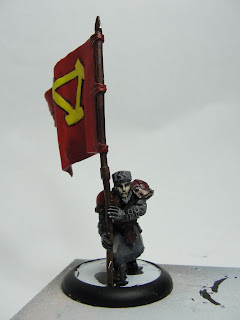 Once all the details were picked out, faces and metallic Embellishments, the unit was based using sand and painted to look like snow. 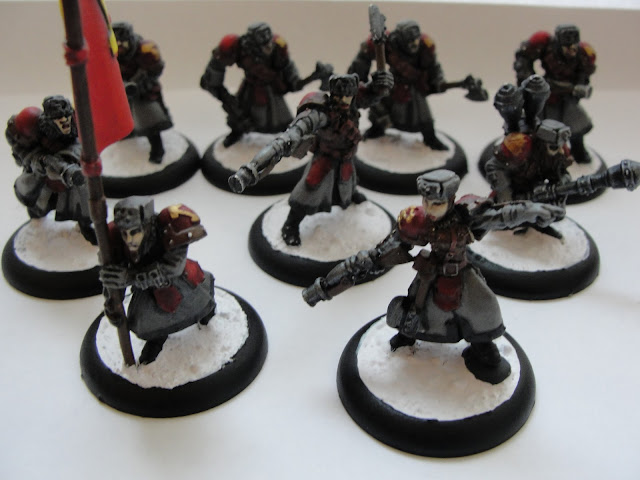 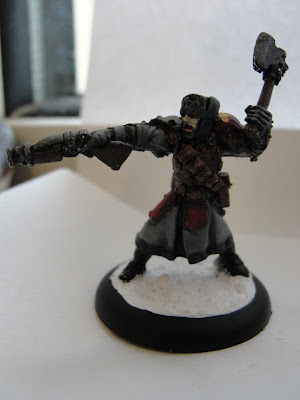 Watch this space [ ] for our next project Kroq Gar on Carnosaur

Our next project :) Khador Winter Guard 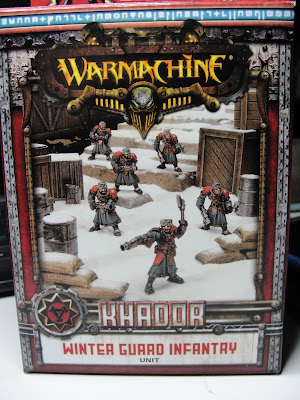 More to come as the project gets underway, these figures are currently undercoated with base colours being applied.

Richard
Posted by Unknown at 12:11 No comments:

This J52 Ivatt built locomotive, was the first to be privately purchased from British Railways.
The lined out livery which is unusual for tank locomotives was applied during its last few years in service as it was used at Kings Cross for carriage shunting and was often seen alongside the more prestigious locomotives (The Flying Scotsman and Mallard among others). 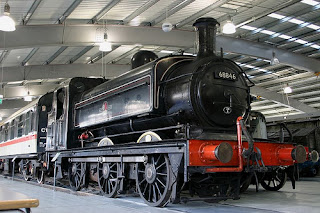 To start the body was removed from the chassis, the brass detailing completed, smoke box painted a 'worn-with-heat' black (model colour German grey :)) and the cab internals painted (this was made more difficult due to not being able to open the cab). The body then received a thorough gloss varnish ready for weathering. 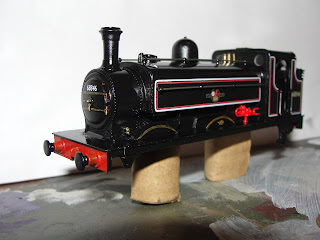 Using a blend of washes and pigments, I built up the colour of dirt, grease, coal dust, water stain, and dirty water marks, including dulling of the bright white lining, printed new by Hornby. 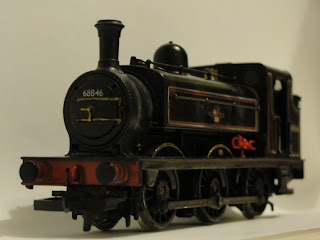 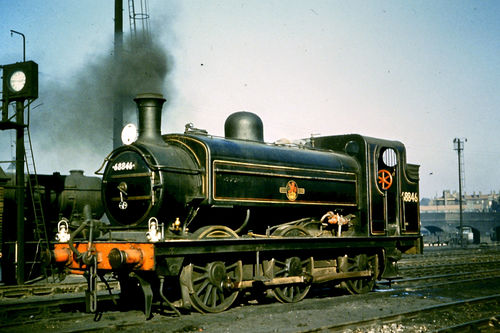 The eagle eyed of you may notice I have not re-created the line striping on the front of the tank.

The main reason for this is skill and tools I haven't got a steady-enough hand and a small enough brush to do by eye, and if i mask the area to paint I wouldn't be able to re-create the organic flow of the line over the contours on the boiler. In my mind, its best left black than have me bodge it :D

Also, as this model is fairly old, it was missing its vacuum hoses and smoke box piping.

Here is the final Image. 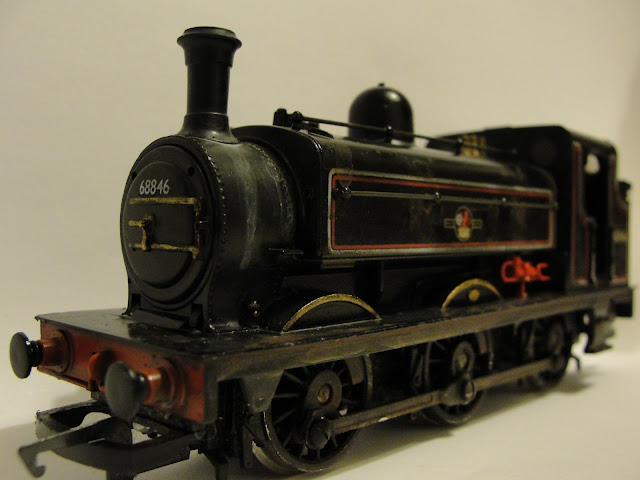 I have just received confirmation that Peachey Models Blogspot has been viewed from the USA and Germany!!
Posted by Unknown at 10:09 No comments:

Our next Project 68846 0-6-0 formerly of LNER and GNR, doing the majority of its work at Kings Cross.

This J52 was the first locomotive to be privately purchased from British Railways.
The lined out livery which is unusual for tank locomotives was applied during its last few years in service as it was used at Kings Cross for carriage shunting and was often seen alongside the more prestigious locomotives. 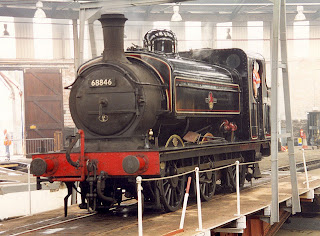 Due to the nature of 68846's work, it was kept a very clean engine, our goal is to make this Hornby model look as she would have 60 years ago at Kings Cross.

Here will be my 2nd home for Peachey Models. I will be posting some of my work in progress as well as some finished pieces.

If your interested in a Value alternative to Railway Weathering or Commissioned Model Painting, Check out our page tabs at the top or our Facebook Page http://www.facebook.com/PeacheyModels

Alternatively drop me an email peacheymodels@gmail.com 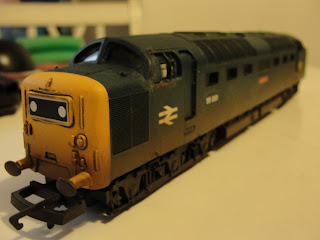 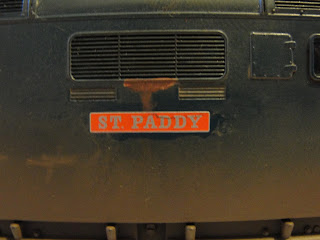 I will be posting more as I complete projects....

Richard
Posted by Unknown at 12:04 No comments: